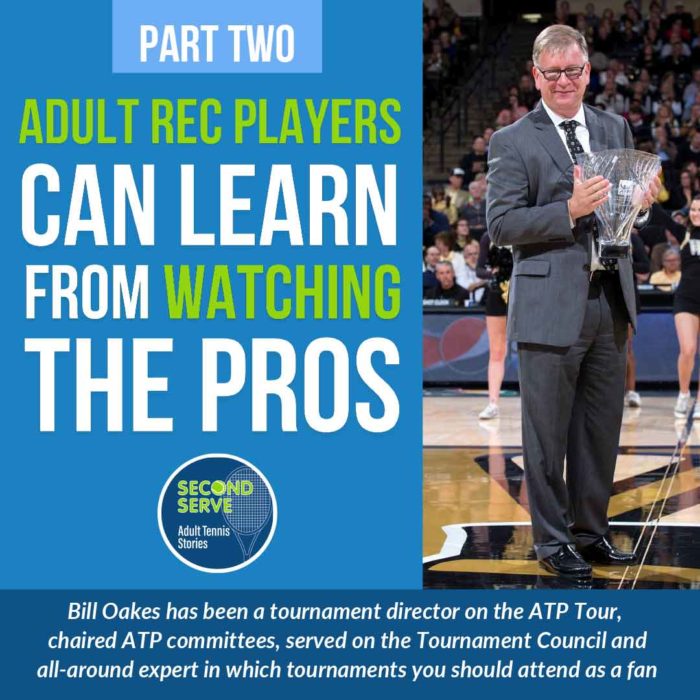 Ep. 124: What Adult Rec Players Can Learn From The Pros

Bill Oakes, tournament director on the ATP Tour, is back for a second episode to discuss what adult rec players can learn from the pros.

Bill is a sports marketing, sponsorship, communications, and event production professional. He has worked at Wake Forest University, the Winston-Salem Open, the USTA Southern Section, and numerous sports marketing firms over the last thirty-plus years.

He has hosted tennis television and radio shows since 2004, including doing play-by-play at the US Open for usopen.org radio. Bill has been a tournament director on the ATP Tour, chaired ATP committees on Television and the 250s, served on the Tournament Council, and been an instructor at the ATP University during this period.

Listen to part one of our discussion with Bill where he talks about what adult rec players can learn from the pros.