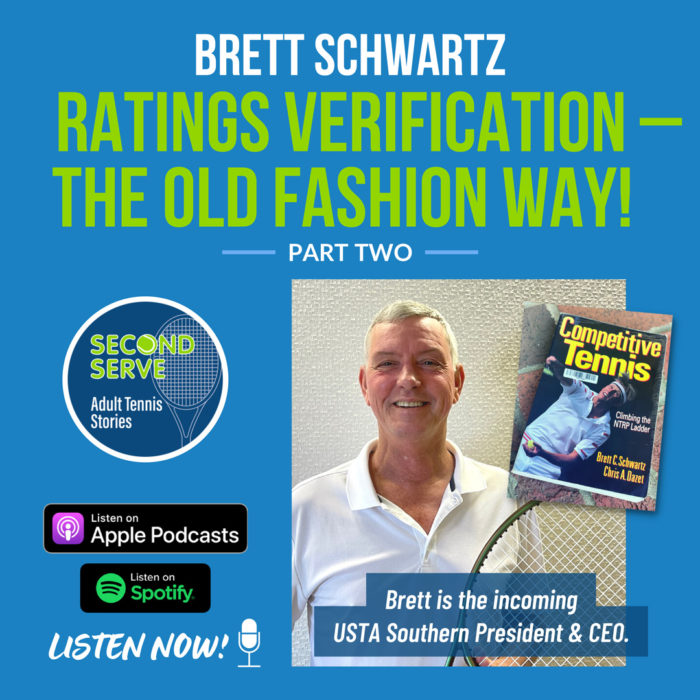 Brett Schwartz is back to continue the conversation about his coaching days and how he was an NTRP ratings verifier. Brett was part of the early days of ratings verification – the old fashion way!

We met Brett in Atlanta at the 2022 USTA Southern Awards ceremony. Brett is the incoming President & CEO of USTA Southern. After finding out he wrote a book called “Competitive Tennis – Climbing the NTRP Ladder”, we knew our listeners would love to hear his tennis story. Don’t miss last week’s episode where Brett tells us about the process of writing a tennis book.

This week we talk about Brett’s experience when he was involved in assigning NTRP ratings to players after watching them in clinics. Before the NTRP system was accessible to USTA league players via their computers, tennis pros would hold clinics and rate players. We had a very funny conversation and asked if people would ever try to tank when he was watching them play so they could get a lower rating. He also told us about the time he had to disqualify a group of ladies at a state championship because they were rated too low. It didn’t go over well!

We hope you enjoy this week’s episode!