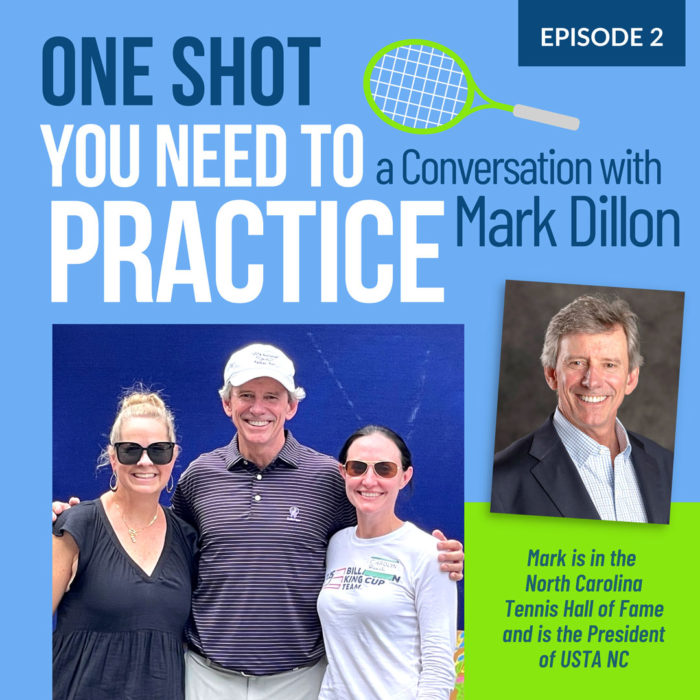 Ep. 139: One Shot You Need to Practice — a Conversation with Mark Dillon

What is the one shot we should all practice that doesn’t even require another person on the court with you? What is it like to be the President of USTA NC?

These are the questions we asked of Mark Dillion this week. Mark is in the North Carolina Tennis Hall of Fame and is the President of USTA NC.

He played college tennis at NC State where he won two ACC singles championships, an ACC doubles championship, and NCAA All-American honors in 1981. His brother played at NC State University and his wife played tennis at the University of Georgia. All his children played tennis at a high level and two of his children played at Division 1 schools. In 2019, his family won the Family of the Year Award from North Carolina. He gives fantastic advice for parents of tennis players and for adult league tennis players!

If you missed last week’s episode with Mark, listen here.

Tennis Warehouse’s Tip of the Week