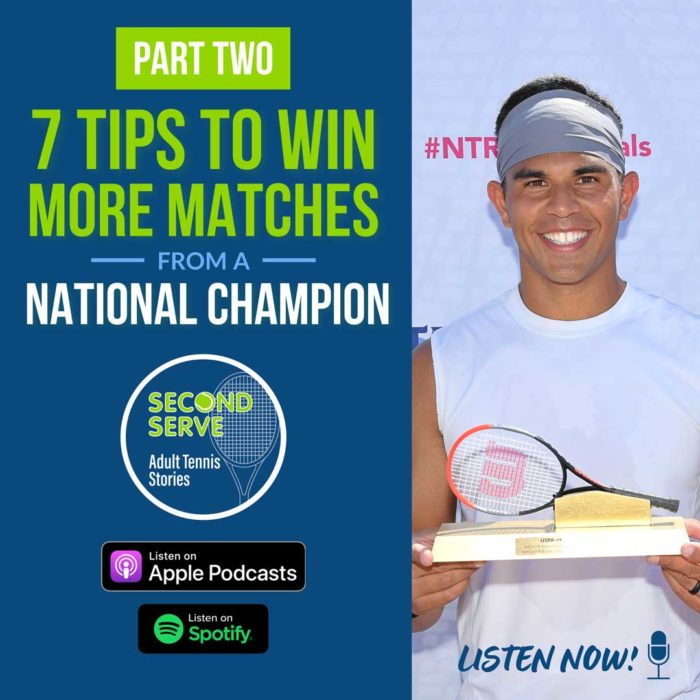 Kenny, 4.0 18+ singles National Champion, is back with Part Two of his 7 Tips to Win More Matches from a National Champion. Kenny is a former division 1 football player, a former top ten track cyclist in Thailand, and won the UK cheese rolling competition. He’s a man of many talents!

In part one of “7 Tips to Win More Matches from a National Champion”, Kenny talked about three of his tips. They included:

This week, he tells us four more great tips to win more matches. They include:

Talking with Kenny, Carolyn and Erin now believe it’s possible to make it all the way to a National Championship and win. We just have to be better about following Kenny’s advise!

If you missed Kenny’s first episode, we hope you’ll go back and listen.