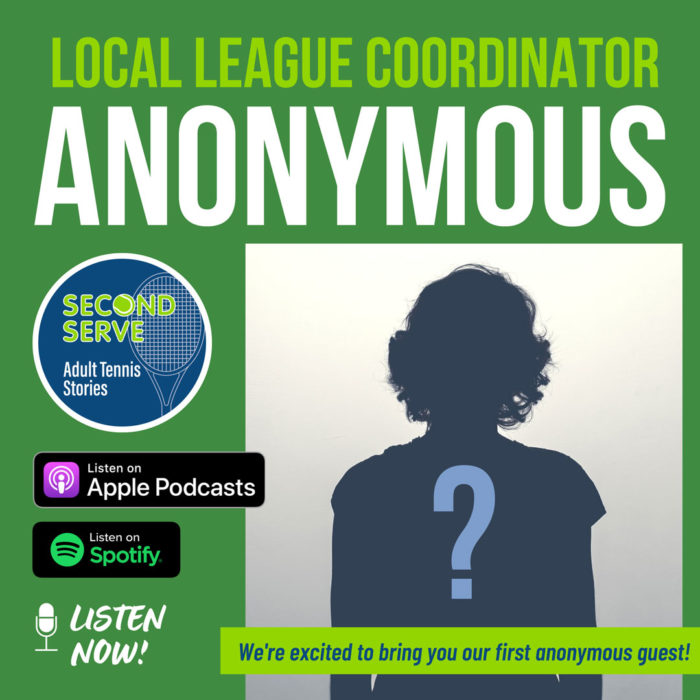 Sarah does a lot for her local league and says it’s the best job she’s ever had. It combines her love of tennis and helping people play more tennis.

She describes her job as a mediator, facilitator, and teacher.

Creating Schedules is Not A Conspiracy Against Certain Teams

Sarah talks to us about how people get upset about their schedules. Believe it or not, as the LLC, she has no control over how schedules are created. It’s all done by a computer. Some captains and players insist that Sarah has given advantages to certain teams. Despite the theory, players will believe a “super team” has been formed and they get special treatment. These teams are formed to win their local league and move on to post-season play. Tennis players that aren’t part of these so called “super teams” complain season after season that they get the advantage in scheduling as well. It’s just not the truth according to Sarah.

A just simply hits “generate schedule” on her computer.

We’ll let you in on a little secret. USTA schedules are generated by a computer. The LLC just simply hits “generate schedule” on their computer.

Sarah gets a lot of scheduling requests as well. For instance, one captain asked, “Can you schedule all of my matches for Saturday mornings at 9:30 a.m.?” Huh? It doesn’t work that way!

Since we have a Local League Coordinator recording with us Anonymously, we knew we could get some crazy situations stories out of her.

You won’t be shocked to hear that most of the tennis drama happens when trying to schedule make-up matches. Captains are always trying to finagle their way into getting their best players on the court for the most important matches. They will come up with any excuse in the book to do so. Because of this, Sarah must read a lot of screen-captured text messages and help facilitate a resolution.

There are captains (and players) that are notorious for being a pain. Sarah tries to keep her players happy and playing. She encourages them not to file grievances and plays peacemaker with phone calls and messages to her local league players so everyone can continue playing.

We have a second episode of “Local League Coordinator Anonymous” coming out next. Watch for it!

If you want a further explanation of what a “Local League Coordinator does, you can listen to past episodes:

Tennis Warehouse’s Tip of the Week

We hosted Michelle for several great podcasts too. You can find them here: